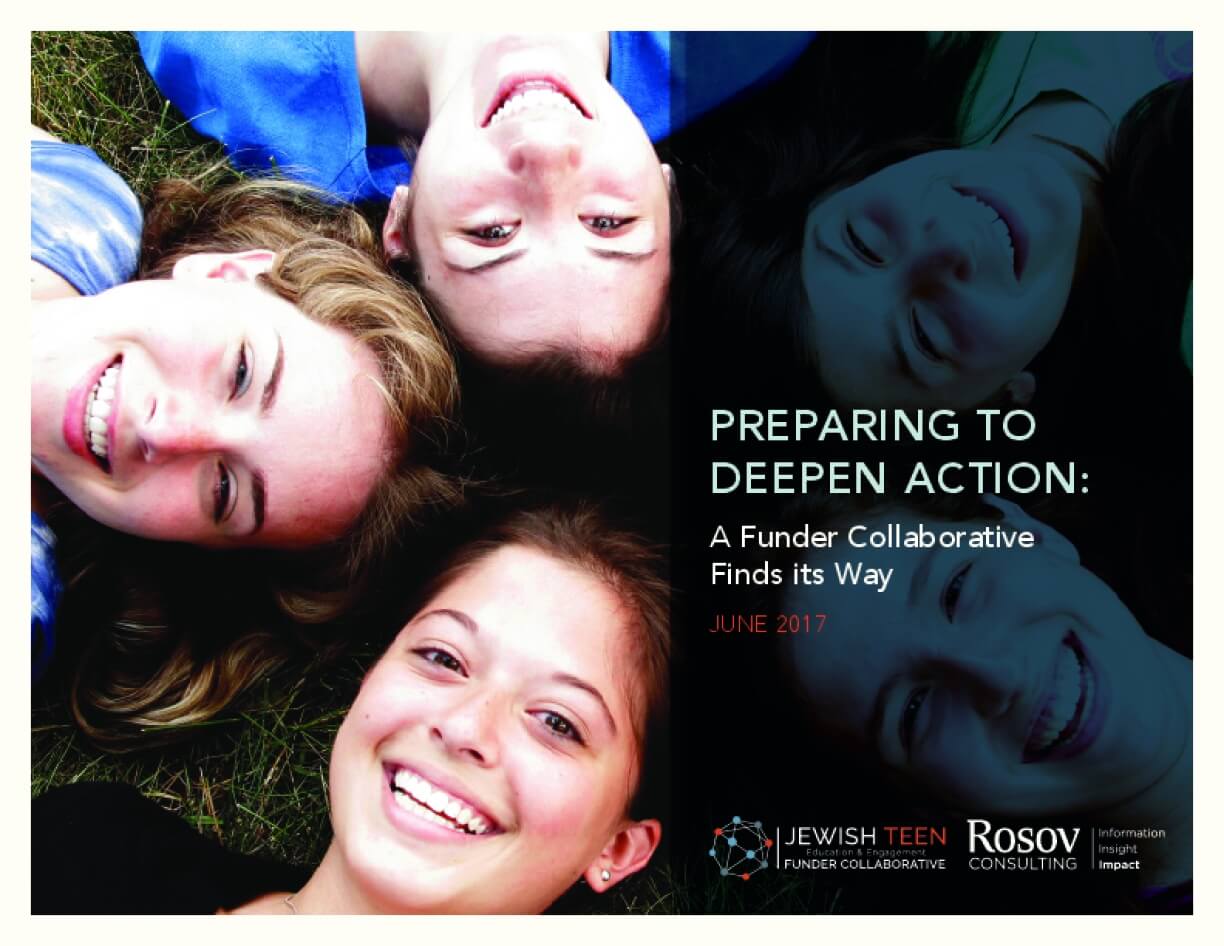 Preparing to Deepen Action: A Funder Collaborative Finds its Way

The formation of the Jewish Teen Education and Engagement Funder Collaborative was the result of a process begun by the Jim Joseph Foundation in 2013. At that time, in an effort to spawn innovative, locally sustainable teen engagement programs, the Jim Joseph Foundation brought together an array of funders to explore various approaches. The first 24 months of this deliberate process in which ten local and five national funders undertook to educate themselves, build relationships and co-invest in community-based Jewish teen education and engagement initiatives was thoughtfully documented in a case study issued in January 2015 by Informing Change, entitled, Finding New Paths for Teen Engagement and Learning: A Funder Collaborative Leads the Way.

The first case study highlighted several important achievements of the collaborative in its early years:* Strong leadership from the convening funder which enabled old and new colleagues to engage in open discussions about possible collaborations;* Early commitment of significant financial resources;* Provision of operational and substantive support by an array of consultants;* Development of mutual expectations and articulating shared measures of success.

This case study by Rosov Consulting documents the next stage of the Funder Collaborative's development, roughly the 21-month period from January 2015 through October 2016 and reflects the Collaborative's commitment to share its process with others who may choose to embark on their own co-funding endeavor.